Creative power is an unquestionable conscious choice leading to the creation of a specific matter. Etymologically, the word ‘awarenes’ means sharing knowledge that is largely an individual experience. In the context of the exhibition ‘Deeply hidden’ by Helena Rajska, this concept is special because it gives the works presented in the Art Gallery ‘W Przyziemiu’ an additional dimension. The artist does not paint mechanically under the influence of inspiration oozing from an undefined absolute, but makes a  responsible choice. The narrative of the exhibition is arranged in a non-chronological manner, based on metaphysical dialectics and the form of using many painting languages, in order to consequently understand the reality that surrounds us and what flows from our interior.

Entering the gallery, the observer enters the world of constant transformations, which are often expressed only symbolically. The prelude to the whole consists of two horizontal representations in dark colors, in which the figuration seems to be absorbed by the canvas. The painting ‘Borders’ (2019) and ‘Untitled’ (2019) herald the motifs that evolve along with the increasing awareness and maturity of the artist.

For Helena Rajska, questions about duration, meaning, suffering, and experiences are permanent, but each time they give a different, new and fresh testimony. The artist, starting from individual lessons, tries to speak the language common to all. With her work, she fills the field of unspoken words, unspeakable experiences and struggles. From the position of the individual, it flows sovereignly towards collective minor keys, thus building the figure of a transformed transgressive man, i.e. a multidimensional man, capable of crossing material and metaphysical boundaries. The mystical sphere ‘beyond’ is graded thanks to the painterly understatements, the specific form and the symbolism used. Contamination of the paint, mechanical abrasions and scratches lead the viewer to the subject of memory and its derivatives.

Helena Rajska is not afraid to touch the case of oblivion as her paradigm. With this she indicates gaps in memories that arise at the time of treating traumas or experiencing severe stress. Due to the lack of any desire to present a specific physiognomy, the artist  universalises, translates individual experience into problems affecting the community. She allows you to freely identify and find common elements. In this way, painting becomes the medium, a transmitter between the artist and the viewer. At the same time, each of the  presented series is characterized by a deep metaphor hidden behind consciously used color, outline and form. It is not without reason that Helena Rajska focuses on the dominant of blue and red in her paintings, it is not without reason she constructs mental experiences in the form of abstractions, and not without reason returns to previously worked out motifs. For the artist, colliding again with the past is something natural, in a way it comes from the necessity to verify that the emotions connected with it have not been petrified. In addition, in the series ‘Oblivion’, the red contour has been highlighted, adding to the images the hallucinatory effect of three-dimensionality and vibration, bringing to mind memories that are subject to constant destructive distortions.

The series ‘Past and Today’, which closes the exhibition, returns to the reflection on the constant and variable components of life and the claim that an image is never a finished matter. A strong exhibition accent is the work entitled ‘Self-Portrait. Depression’ which serves as a symbolic vigilance, observing all the presented mental states, but is also a kind of game in the presence of the artist in art. 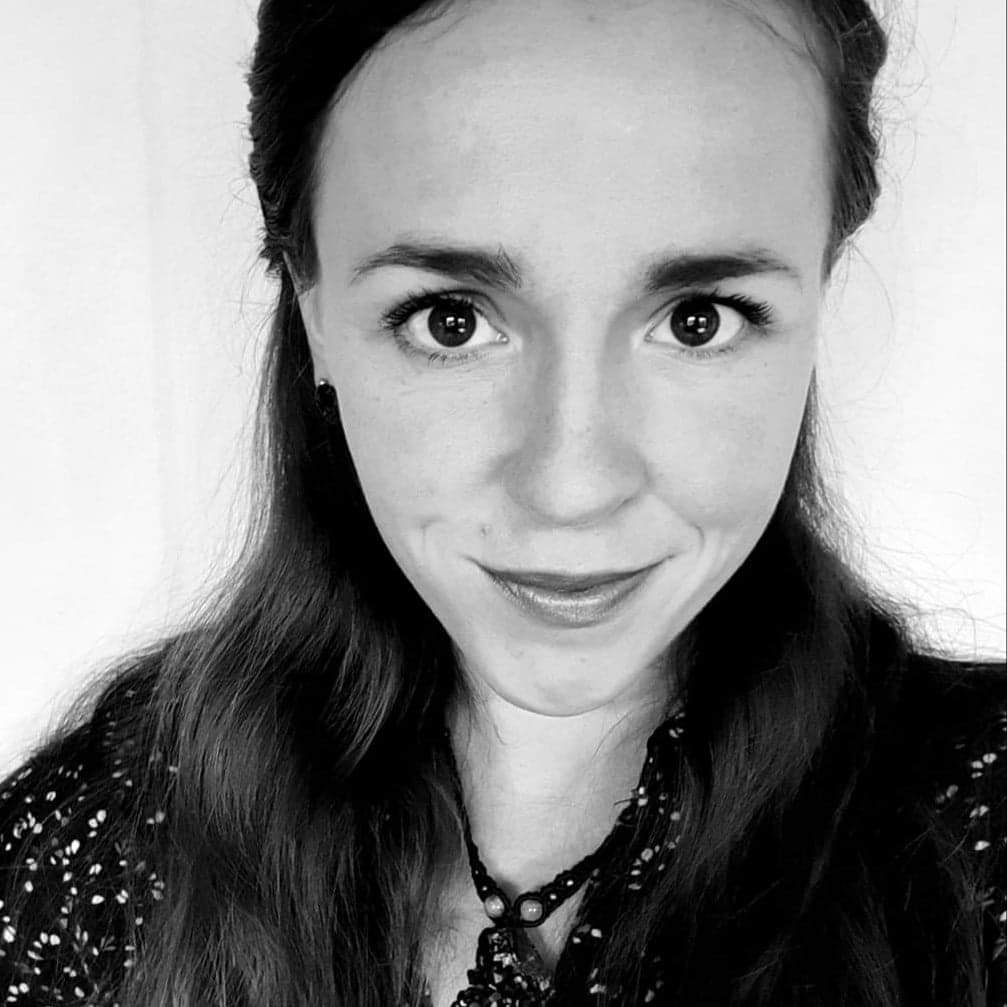 Born in 1990 in Gluszyca, Poland. She started her artistic practice in 2003 in the ceramics studio of Rytis Konstantinavicius. In 2014, she obtained the title of architect engineer with a specialization in the conservation and protection of monuments (PWSZ in Nysa). She currently lives in Oslo, where she has her painting and ceramics studio, and is working on the renovation of monuments for one of the Norwegian  companies.

On behalf of I, a highly sensitive individual, I manifest. I manifest through painting stories about man, his nature wrapped in fears, difficult experiences, and yet strong and intransigent. I fight for emotions. For the lack of taboos in telling the truth about yourself. For uncovering fear. For courage in returning from nothingness. I identify the overwhelming. Life is an experience and I don’t run away from it. I’m developing. I create.